It is Martin Luther King, Jr. Day, and I am feeling all types of feelings about the world. Some of MLK’s most famous quotes are about love and justice, but I am thinking that love is not enough to advocate for justice. 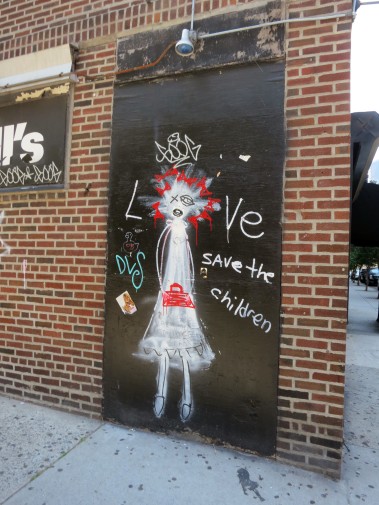 Last night, I saw the Babe article about the woman who went on a date with Aziz Ansari that described how their night together evolved from sexual consent to sexual misconduct. (Since the allegations surfaced, Aziz responded with his own statement describing how his sexual activity with her was “completely consensual.”)

After reading the Babe article, I had separate text conversations with a couple girlfriends who were as disappointed as I was by the news. Even if this incident may not qualify as sexual assault for legal purposes, it sounds like there could have been stronger communication and more respect shown in their sexual encounter. Since #MeToo has become ubiquitous in American culture, we keep hearing how men in Hollywood, media, and other industries have been predators and creeps to women.

The Aziz story hits the hardest for me and my girlfriends because we are huge fans of his work. Ironically, his stand-up and show Master of None cover sexual assault and other women’s issues in the modern workplace and dating scene.

I wrote this about Aziz on Instagram last night and will write it again:

In so many ways, he embodies a man of my generation. I know women of diverse backgrounds and lifestyles, and many of us have encountered (or have a friend who encountered) a man like Aziz. So woke. So educated. So feminist. Yet dude doesn’t know how to listen. Socialized to be aggressive. “Nice guy,” but definitely human. Ugh.

I guess my female friends and I are let down by this news not only because we like his work, but also because we can see so much of him in the men in our social circles.

In a text conversation with one of my friends, she noted how she and her husband have had different reactions to recent news related to sexual assault and misconduct. As this steady stream of stories pours out, my friend said that her husband keeps saying, “Wow, there are a lot of awful guys. I had no idea it was this pervasive.” Meanwhile, all her female friends keep saying, “Yup. Totally expected this.”

This friend is not the first woman to tell me how different her reaction to these news stories is from that of her male partner. These women in my life have loving significant others. These men are kind, educated, and feminists. They are no strangers to the many statistics out there illustrating how pervasive sexual violence is. The fact that these men are shocked though tells me that their love for the women in their lives—and women in general—is not enough in the fight for justice.

When it comes to any matter of justice, we all need to be aware of how our identities shape our personal experiences, therefore, our personal opinions of how severe the world’s problems are.

My female friends and their male significant others agree that sexual violence is a serious issue in society, but they cannot effectively join forces to fight it if they cannot agree on how big the problem is.

The same is true of other issues related to justice. When the driver of a car plowed through a crowd of anti-racism protesters in Charlottesville, VA, people in my social network were angry and horrified—but it was telling to see who was surprised and who was not.

I know two people who lived in Charlottesville in the past. Both were no longer living there by the time the incident occurred. Both are kind and educated. One is a white woman, and the other is a man of color. Guess who was surprised and who was not by the news of the car crash.

Yes, you guessed correctly. My white friend was shocked that this could happen in a such a “progressive” town whereas my non-white friend was not surprised at all. In fact, prior to the car crash, he used to tell me he was happy to no longer be living in a blatantly racist place where Confederate flags were not unusual.

It makes me wonder if my friends were simply seeing different things, or if they were seeing the same things but processing them differently. In either case, their respective identities informed how distinctly they were experiencing the same city.

On this MLK Day, let us challenge ourselves to become more aware of our initial reactions to news stories or personal stories related to social justice. Which ones surprise us and to what extent do they surprise us? This is the first step to determining where we need to fill the gaps in our social consciousness. We need to examine how our personal experiences have limited our ability to see the degree to which a problem pervades society. Only after we collectively recognize how large a fire truly is can we take actions that are substantial and meaningful enough to put out the fire.

2 thoughts on “When Love Is Not Enough for Justice”